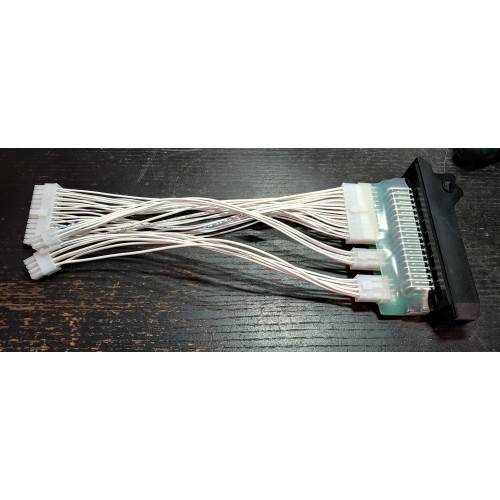 This adaptor allows the EDC ECU to be wired into a W210, W202, G-wagen or Sprinter that comes standard equipped with an OM605, OM606 or OM602.98x engine without requiring modification to the car's wiring harness, plugging into the 55 pin connector used by the standard ECU.

Includes 25cm long harness between the adaptor and the DSL1 unit.

The DSL1's programmable outputs are wired as following:

The DSL1's spare inputs are wired as following:

Can be used with older 2-plug DSL1 units (serial numbers less than 200) as well but requires a slightly modified harness between the DSL1 and the adaptor to compensate for the missing third connector. Specify at order time if you have an older unit and a modified patch harness will be supplied. The modified harness has the following crossed connections: